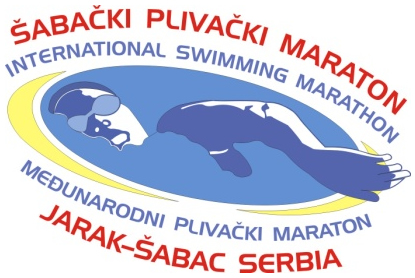 During the long Tradition of Marathon of almost 50 years, many citizens of Sabac unselfishly helped the Organization of the event.

Many citizens in History of Sabac marathon was included in Organization for the race also to the other manifestations in days of Marathon.

They gave their contribution to the Marathon becoming true sport competition as well as to the foreign swimmers to feel famous Serbian hospitality and to get to know real soul and spirit of Serbian people.

That is why Sabac marathon became that popular and recognizable in the World, always receiving the highest grades for its organization and competitive spirit.

It is hard to tell who helped the most, but we will mention some members of Organization Committee who are in change of various segments of the organization of Marathon:

--Mayor of the City of Sabac, Chairman

--Mayor of the City of Sremska Mitrovica

--Drago Mričić,Representative of the village of Jarak

--Representative of Sport Association of the City of Sabac